Wind River is a well-paced crime thriller set in the rugged outreaches of the modern American West, in this case Wyoming. The film is finely acted and ably directed with a serious plotline and generously rich cinematography. Unfortunately, the writing and flow of the story is uneven and contradictory, leaving filmgoers with a “what might have been” uneasiness. Wind River is worth seeing and is entertaining but is unlikely to last past a week in the memory of the average film buff in the vein of a Mystic River or Pulp Fiction.

Opening scenes draw the audience into a vision of snow covered landscapes sparkling in bright moonlight but the placid serenity is jarred suddenly by the booming sound of high-powered rifle fire, followed by the jolting death of a pair of wolves preying on local livestock. Following these mildly disturbing death kills – stark in their suddenness –the film’s primary protagonist, Cory Lambert played by Jeremy Renner, stoically emerges from his white camouflaged sniper’s nest, the enigmatic hero protecting the innocent from evil predators and saving the local economy of an Arapaho Indian reservation in the process.

Such symbolism, of a type that makes several appearances throughout the movie, would seem cookie-cutter stereotyping but for the talents of Renner who brings the character alive with an authentic deep empathy and Elizabeth Olsen (playing FBI Agent Jane Banner) who portrays an out of place law enforcement officer beyond her depth as an actual human being with vulnerabilities and strengths.

Wind River is chock full of good guys and bad guys, as one might expect of a neo-Western thriller, but some characters are, in too many ways, poorly constructed. On the one hand the good guy characters generally display solid and deep character development but on the other, the bad guys are, to a man, cartoon cutouts. Great movies are often earmarked by great villains and the interplay between good and bad characters can make those movies memorable. No such luck here. The bad guys are all white men, stand about six-foot-two, are all buffed out and good at shooting guns. Except one baddie, who differs from the others as he is quite a bit shorter, dough-built and apparently half-witted.

Cory Lambert is a government employee whose main job is to hunt and kill predators that prey on the Arapaho rancher’s livelihood and he appears to be almost supernaturally efficient at his task.

While hunting to kill a mountain lion and her two cubs who have killed some sheep Cory stumbles upon the frozen dead body of a young Indian girl.

Reservation police are summoned and they call in the FBI. The Bureau sends in an inexperienced desk jockey Agent Jane Banner who is woefully out of her depth in a crime scene out in the rough tundra of Wyoming.

Clearly Agent Banner requires assistance and Cory steps in to help even though he is not law enforcement. Throughout the film Cory works beyond the law (and rather lawlessly) while Banner follows the letter of the law.

Together the pair seeks to find the identity of the girl’s rapist(s) and killer, dealing with Reservation Police lead by Sheriff Ben (Greene)

It is difficult to characterize the bad guys as the film’s protagonists, as they aren’t in the movie much at all, and only towards the end when the big reveal occurs and their crimes are known, and then there is a big shootout lacking any subtlety or depth of understanding. Really, one is left hoping Cory will shoot these people just to get them off the screen so we can move to other pressing issues that might evoke at least an inkling of an engaging thought. 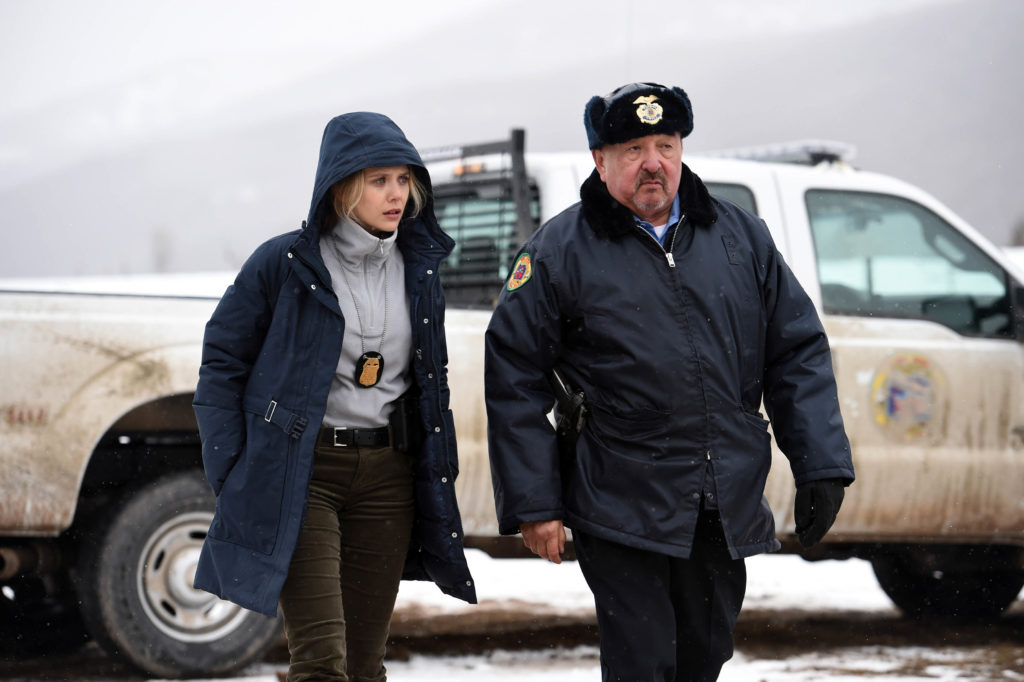 Elizabeth Olsen appears in Wind River by Taylor Sheridan, an official selection of the Premieres program at the 2017 Sundance Film Festival. © 2016 Sundance Institute.

But no, Wind River isn’t really about the bad guys, not even their crimes – which turn out to be rather prosaic and anti-climactic. In truth, the movie is an exploration of the re-generation and re-kindling of the spirit of a man with a troubled, tragic history (Renner) interplayed with the professional emergence of a young and inexperienced but obviously well-trained woman (Olsen). We can thank the stars in the heavens the writers didn’t stoop to generate a romance between the two, but as a character play, they along with the stoically humorous Graham Greene (Sheriff Ln) and Cory’s Indian buddy Martin (KK LL) manage to bring to life a decently couple of hours of movie watching. All well and good if you have no expectations regarding the murder mystery itself. 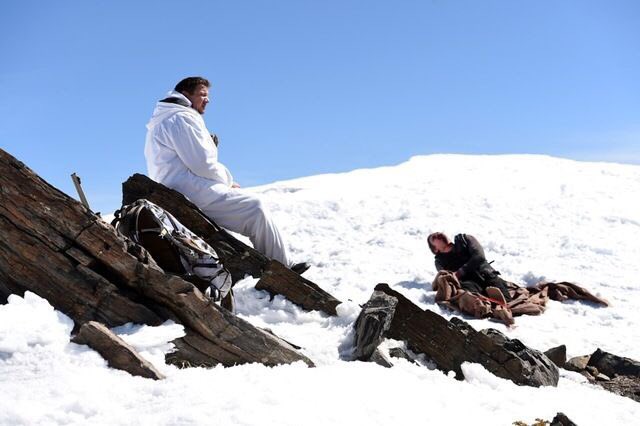 Wind River seeks to make several socio-political points but does so sophomorically. The story flow would have been better served to leave political commentary on the cutting room floor as no discernible points were made effectively and no particular insights on racial interplay between Native Americans and white people was expressed. Nor were any relative socio-economic issues explored to any depth providing the audience a smidgen of understanding.

At the tail end a statement informs that a large number of Native American women go missing each year and aren’t reported as such. This seemed curiously superfluous as the movie didn’t provide any set-up to this concept. At one point Agent Banner grilled the father of the dead girl about why he didn’t report her missing, inferring the problem is that Indian parents don’t report their kids as missing as immediately as white people do.

We rate this movie as 3 ½ Stars out of 5 for its relentless pace, superb acting and beautiful cinematography